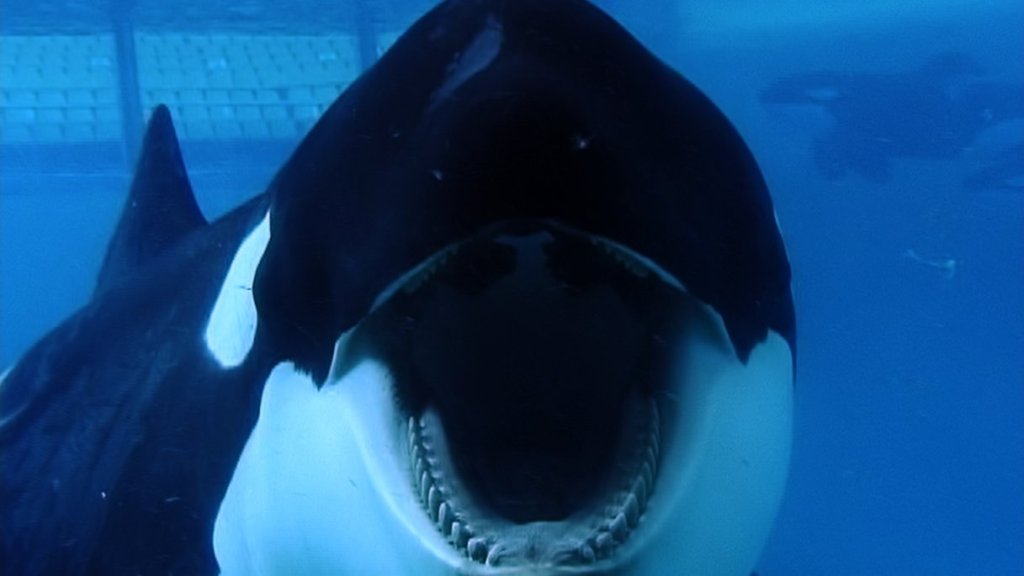 20. Blackfish – An eye opening documentary that has made me and several other people know swear off ever going to Sea World again. Blackfish documents the history of Tilikum, a killer whale that has killed three people while in captivity. This is a devastatingly emotional film. Apparently orcas are some of the most emotional animals in the world and the stories relayed in this by the hunters who helped to round them up initially, separating the babies from their herd, and the former trainers who dealt with them on a daily basis will break your heart for these animals as well as question the rationality of putting a human being in a pool with something that large that may be a depressed ticking time bomb. The story of a baby orca being separated from its mother to be transported to another Sea World location will leave you an emotional wreck.

19. Captain Phillips – Tom Hanks gives his best performance since 2002’s Catch Me If You Can. This true story of a kidnapping by Somali pirates is harrowing and unflinching. Barkhad Abdi, the man who plays the lead pirate, also gives a great performance as someone who has limited options in life and whose options dwindle with each passing moment. It’s another high quality movie by Paul Greengrass, one that benefits from his style of storytelling and camerawork. The movie does a great job of exploring the theme of command and control, from Phillips to the lead Somali pirate to the captain of the ship trying to rescue Phillips. The closing scene after Phillips has been rescued is a highly effective and believable portrayal of shock.

18. The Conjuring – This was the best horror movie I’ve seen in a few years. There is an abundance of horror movies, but, like romantic comedies, they’re mostly tired, rehashed, and clichéd. But there have been a handful of well done horror movies that produce genuine scares instead of just dumb gore and cheap thrills. Based on actual events from the history of the two paranormal investigators who also dealt with the Amityville Horror, The Conjuring is a haunted house movie that effectively ratchets up the tension and induced great chills and thrills. It uses a lot of old-school techniques to set the mood for the movie and set up the scares, which is refreshing given the current state of the horror genre. The clapping game scene is terrifically scary. The payoff with the creepiness surrounding one closet gave me chill in my spine and sent a tingle to every single nerve in my body, and I can’t remember the last time that happened to me because of a movie.

17. The Spectacular Now – This was a great year for coming-of-age movies, with refreshing stories than most of the similar fare in most recent years and a lot of promising young actors. This is the first of three such films in my Top 25 (a fourth, The Kings of Summer, also warrants mentioning). Miles Teller plays Sutter, a hard-partying senior on the cusp of graduation whose life is changed when he wakes up hung over on the lawn of Aimee, played by Shailene Woodley. As their relationship develops, Sutter’s philosophy of living with little or no regard for the future begins to be challenged and be changed. Jennifer Jason Leigh, Kyle Chandler, Bob Odenkirk, Brie Larson, and Andre Royo give good supporting performances. Director James Ponsoldt has three feature films to his credit, with the theme of alcoholism playing a major role in all three.

16. The Way Way Back – The second coming-of-age movie on my list, The Way Way Back is written and directed by Nat Faxon and Jim Rash (Dean Pelton on Community), the guys who won Academy Awards for their screenplay The Descendents alongside Alexander Payne. The Way Way Back is the story of Duncan, a shy 14 year old who has to spend the summer vacationing with his mom at her boyfriend’s summer home. He eventually befriends Owen, the owner of the local water park, played by Sam Rockwell. Owen becomes something of a father figure to him over the course of the movie and Duncan begins to come out of his shell and find his identity. Liam James is much more promising as Duncan than he was in AMC’s The Killing as Det. Linden’s son. Rockwell is his typically great self. Toni Collette, Steve Carrell, AnnaSophia Robb, Allison Janney, Maya Rudolph, Rob Corrdry, and Amanda Peet round out the cast.

I write movie reviews, mostly of new releases, and occasionally post about a fantasy movie league I created with some friends. View all posts by Ken Jones